[tweet] [link]
Out of all the orgs involved in the Maricopa audit, I had assumed CyFir would be the most competent. The report that was just released by the county today blows that assertion into smithereens.

CyFir's conclusions demonstrate anything but competence.

[tweet] [link]
I'm too braindead to go into this in detail at the moment, but I'll give at least 1 example: the "checking for blank passwords" claim.

[tweet] [link]
Luckily for CyFir, the county requested that they redact their screenshots. Had they not done that, their claims would have been debunked within days.

Luckily for us, the county report includes screenshots. 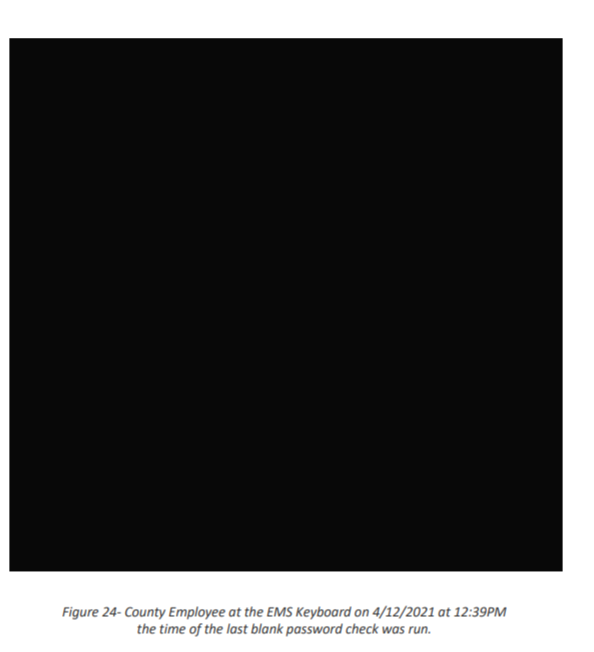 [tweet] [link]
Basically, Windows Event logs are noisy. And event names that sound suspicious typically have a reasonable explanation. This was obviously the case with the "ZOMG BLANK PASSWORD QUERYING HAX0R SCRIPT"

[tweet] [link]
The cause, according to the county, was that the Dominion software utilized the "Microsoft Message Queue" service, which tends to generate these log messages as part of it's normal course of business. 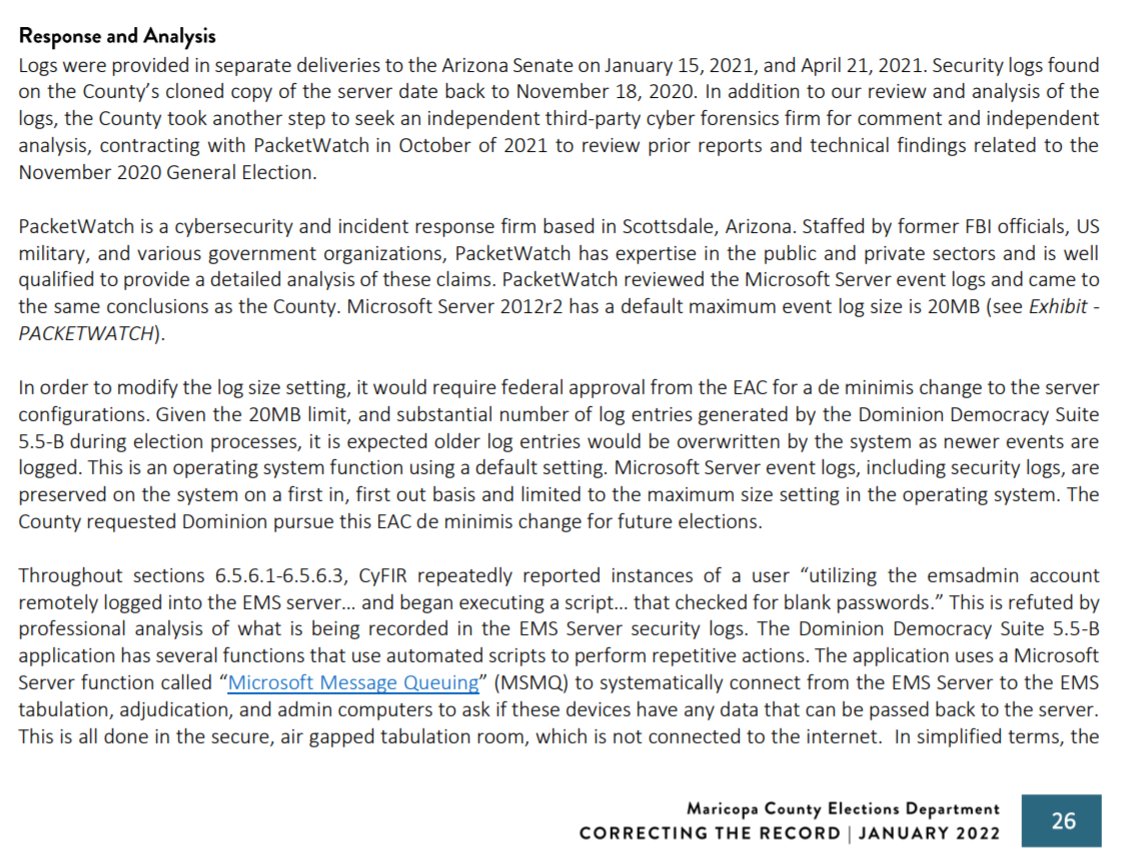 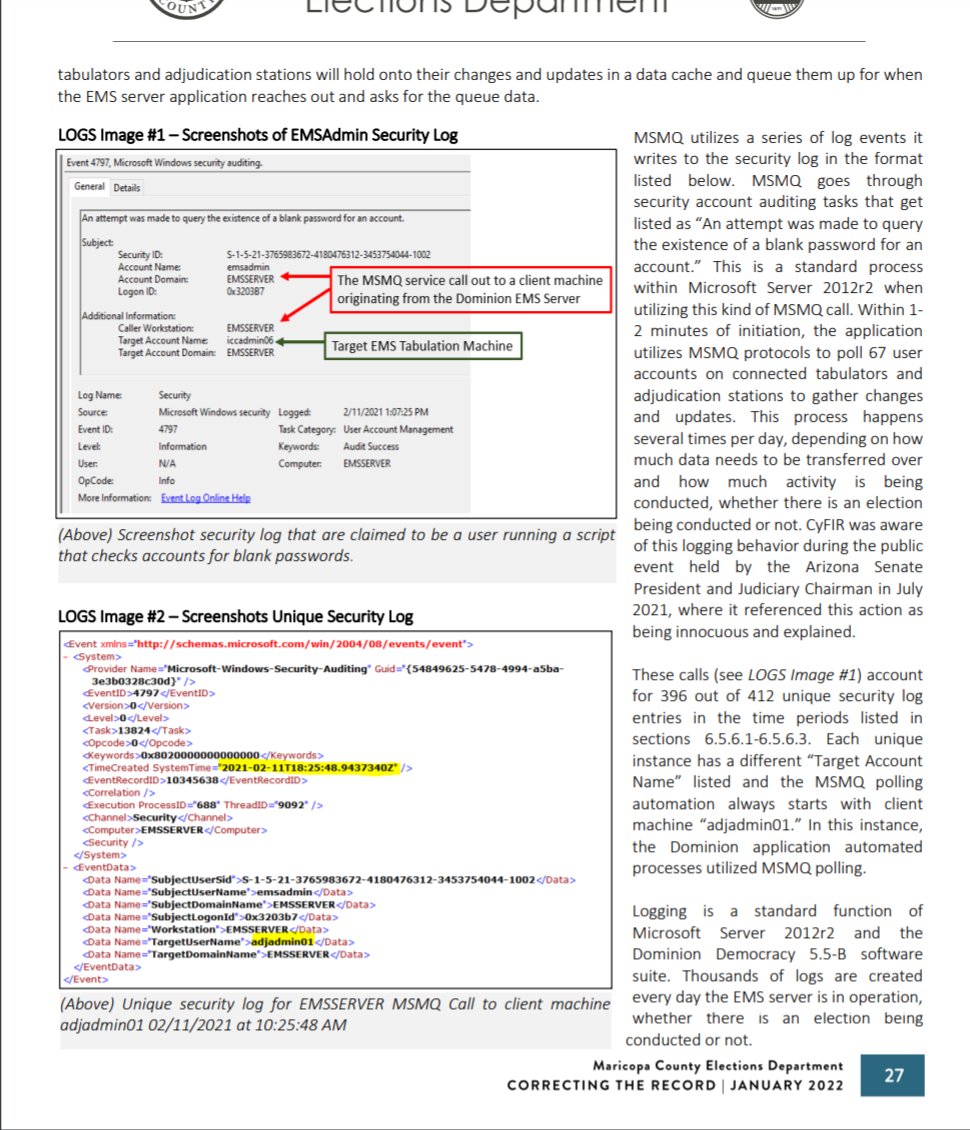 [tweet] [link]
For laypeople, MS event codes and subcodes may as well be hieroglyphics. That's why sites like this exist https://www.ultimatewindowssecurity.com/securitylog/encyclopedia/event.aspx?eventid=4797

[tweet] [link]
The fact that CyFir spun this into an example of malfeasance means 2 things:

[tweet] [link]
There's a non-political explanation for this: companies that do forensic evals or pentests look bad if they don't find anything. Their options are make mountains out of molehills or turn in a report that says "everything's ok". If they do they latter, they're not getting rehired