[tweet] [link]
Of course. The Antrim “audit” gained little mainstream attn at the time, but we now have a better idea of how important it was for Trump’s coup plans.

The draft EO from Politico mentioned it within the first few paragraphs.

DePerno is the lawyer that helped make Antrim happen.

[tweet] [link]
DePerno worked closely with Katherine Friess (Giuliani proxy) and the ASOG team. The list of expert witnesses (dated 04/09/21) in the Antrim case was a who’s who of election fraud grifters:

[tweet] [link]
In this clip from The Deep Rig, DePerno explains how he got involved and what the plan was: to challenge down ballot races - instead of the presidential race - so they can fly under the radar and have a better chance convincing the court to give them access to the machines

[tweet] [link]
Based off the above clip, we know Pat Colbeck brought DePerno in.

Colbeck was a poll watcher at the TCF center and had an affidavit included in at least one lawsuit challenging the election. I’m assuming he was in touch with Giuliani and co as a result

[tweet] [link]
Up until now, I had still been blurry on the Antrim origin story, but figured it out.

Colbeck was in touch with Rudy’s team, which by mid Nov was already working with Byrne and ASOG.

Colbeck calls Rudy (or Katherine Friess) and tells them about Antrim. 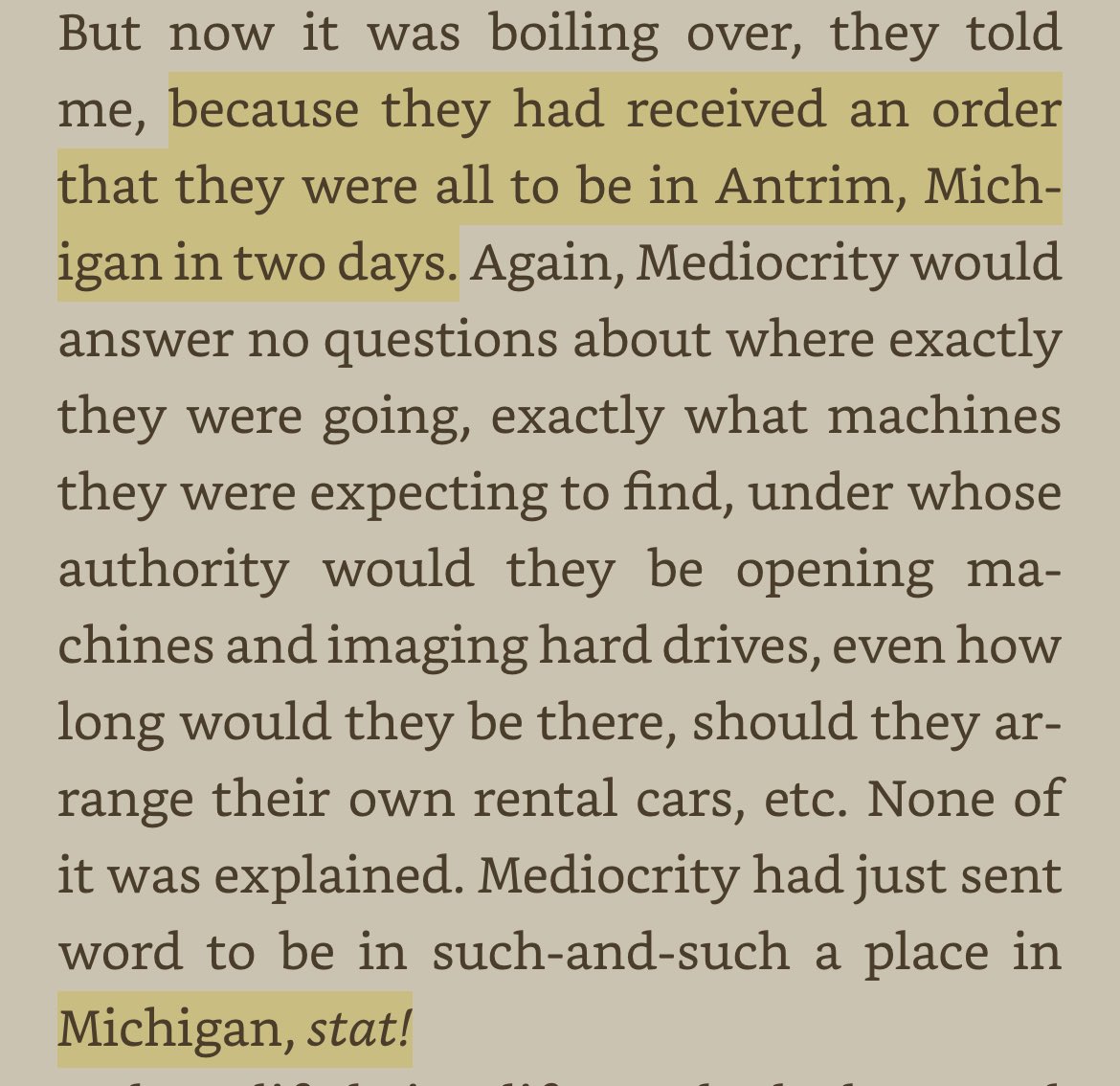 [tweet] [link]
Anyways, tl;dr: of course trump is going to go all in on DePerno - up until the AZ audit, Antrim was the only opportunity Trump ally’s had to get their hands on voting equipment

[tweet] [link]
Bonus fact: skimming through The Deep Rig movie, it’s now clear that “75” and “25” are Conan Hayes and Todd Sanders (or, based off a tip, someone using the name “Todd Sanders”). Not sure which person goes with which alias, though my hunch is Conan is 75