[tweet] [link]
Remember this underreported story about a group of people - 1 armed - stormed into a county clerks office and demanded access to voting equipment? 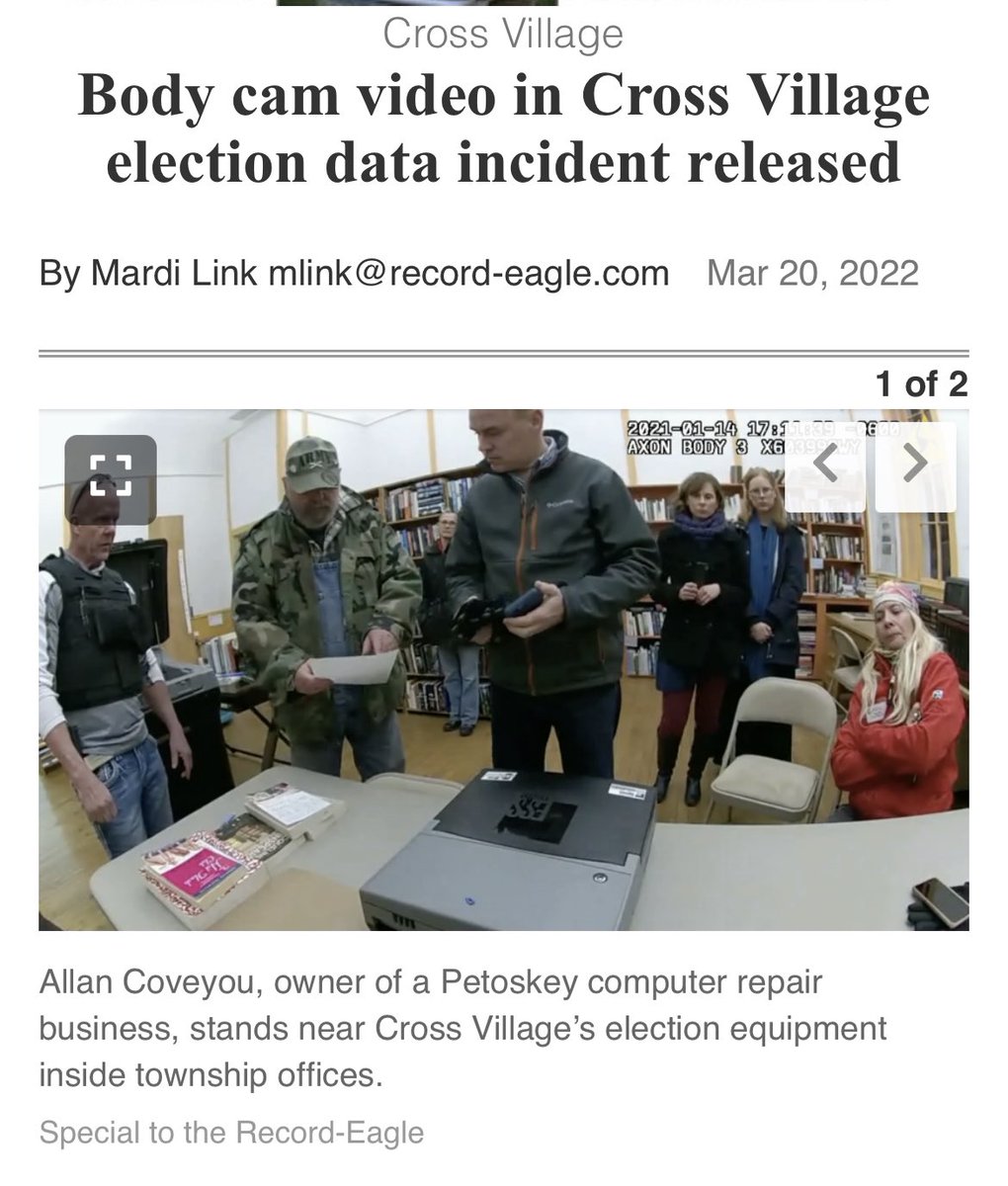 [tweet] [link]
The new details in this story are as bewildering. The two men that showed up demanding access to the voting machine represented themselves as having been sent by the state to the clerk, and told the sheriffs deputy that they were sent by the DoD.

The deputy believed them

[tweet] [link]
Tera Jackson is woman that contacted a computer repair shop owner and ask that he show up with an “oath keeper” to the clerks office in order to image the voting equipment. 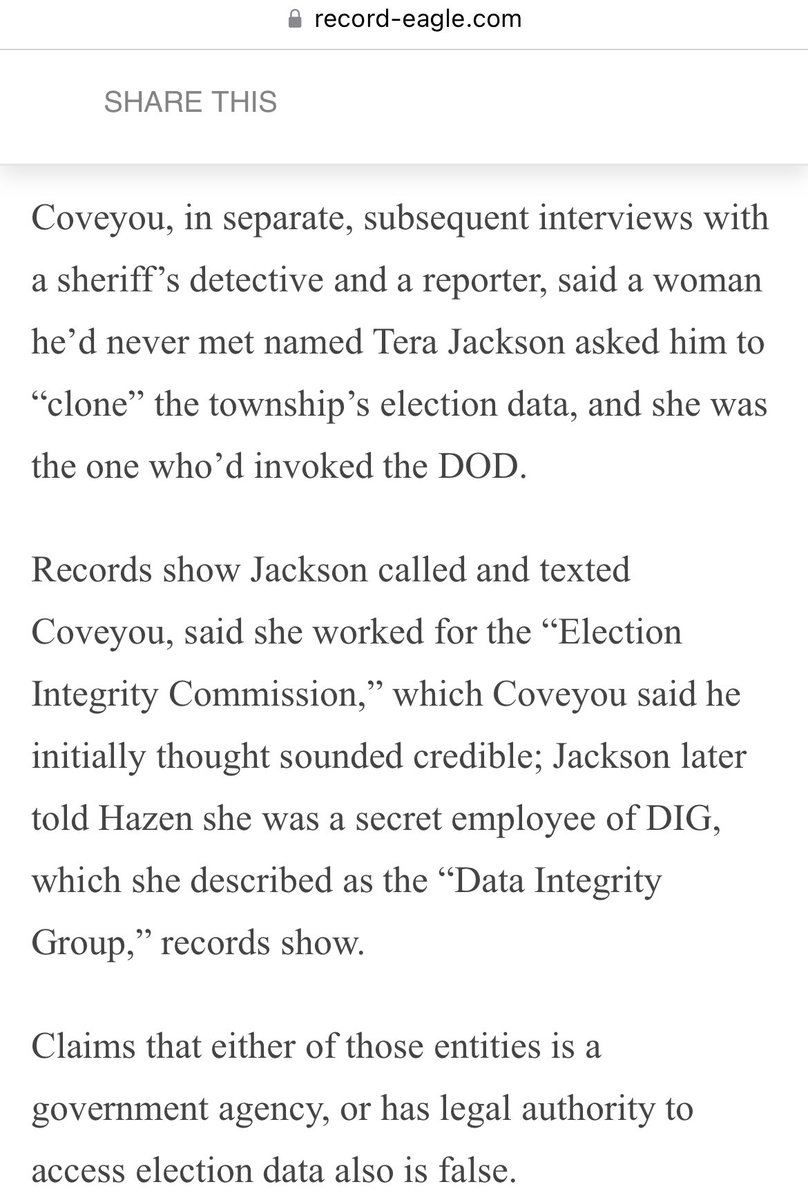 [tweet] [link]
Coveyou, the shop owner, assumed those entities were credible and that it provided them the authorization needed.

Sidebar: This is why it’s a problem when “citizen canvassers” show up and present a name that sounds official. People will take it at face value.

[tweet] [link]
Look at how Jackson, who told the deputy she was associated with Sidney Powell and Phil Waldron, responded to their questions:

“I thought we were going in, just taking a copy of the f---ing drive, but seriously? This is crazy,”

“You don’t have any right to ask me anything.” 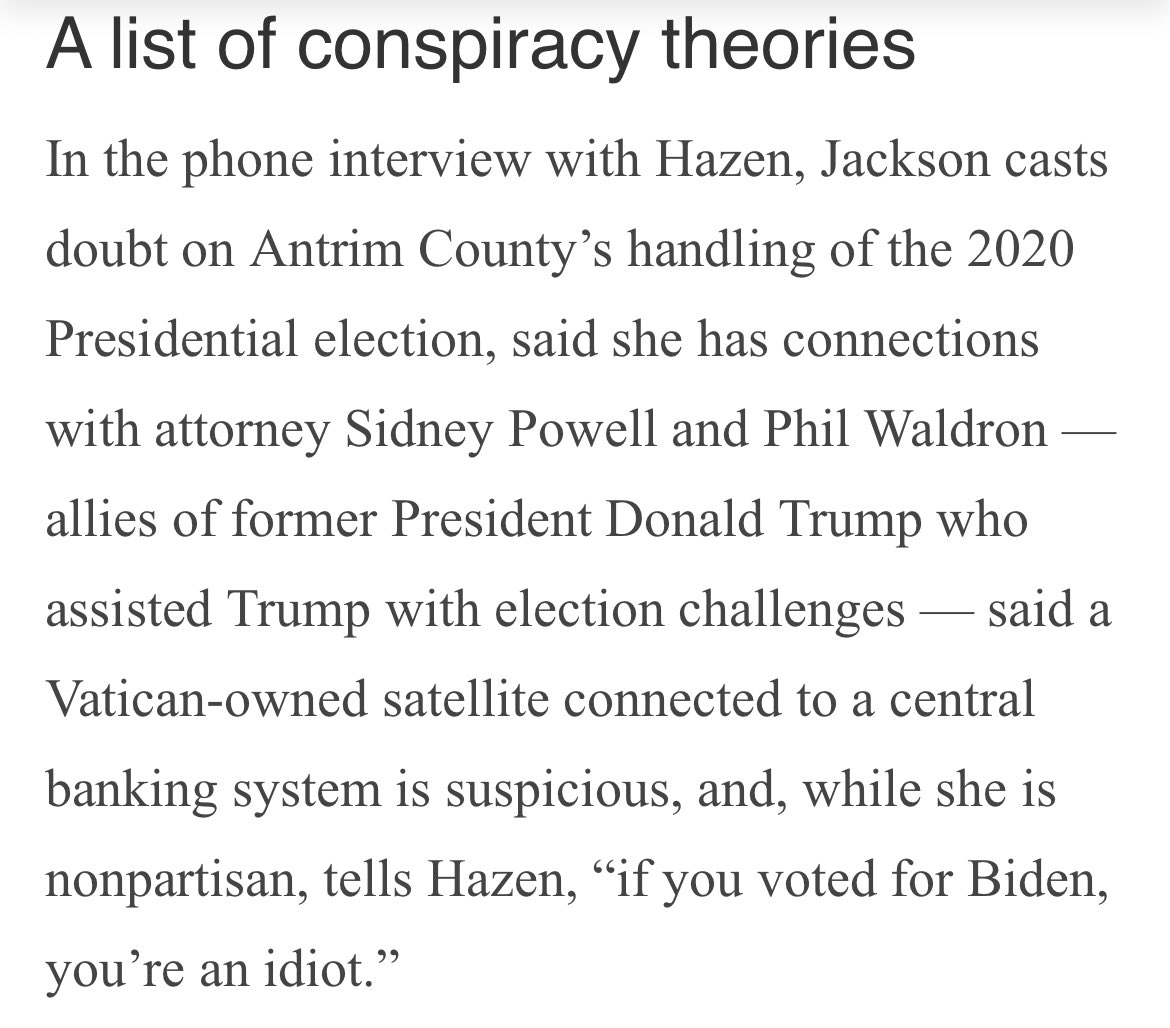 [tweet] [link]
Jackson was ultimately arrested…and given a slap on the wrist. Shameful. 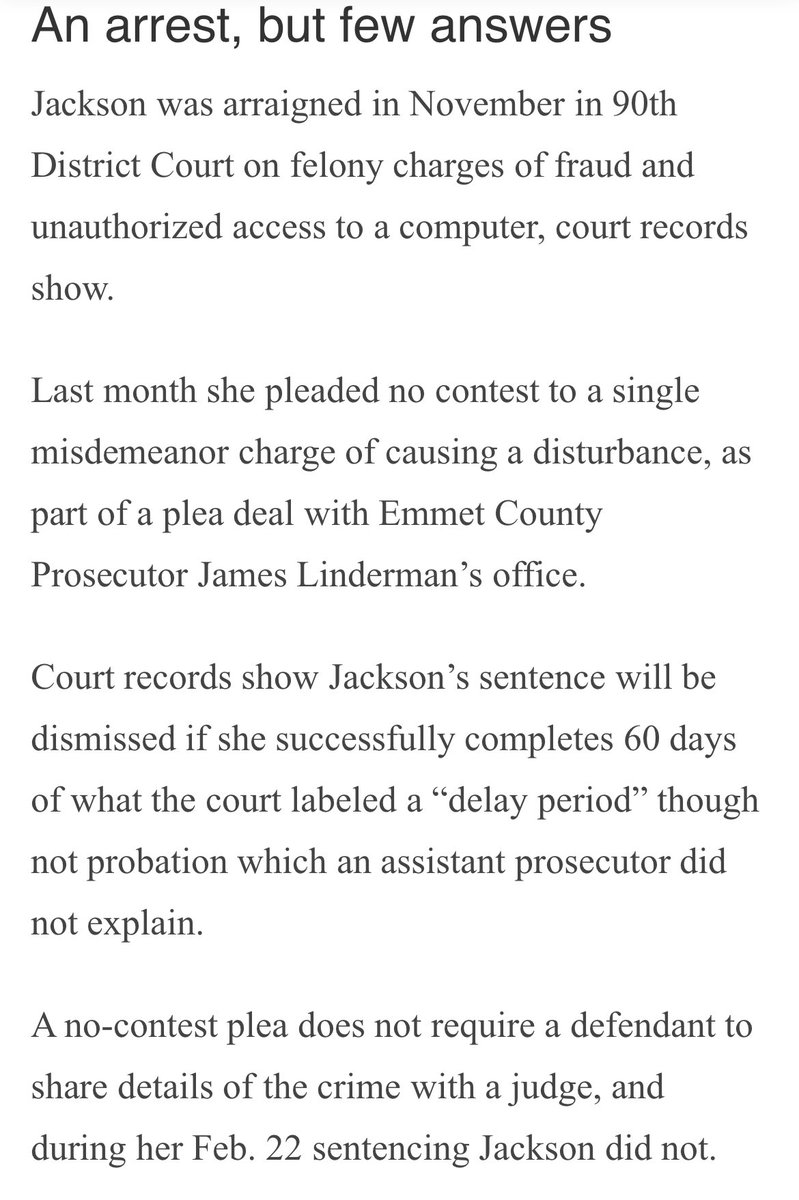 [tweet] [link]
I can’t link directly to the video of the phone call between the deputy and Tera Jackson, but I strongly recommend you click through to the article and listen because jesus christ