[tweet] [link]
Check out this sold out event happening in a couple days in Houston.

It’s hosted by Steven Hotze, who you may know as the guy that hired a private detective who ran an innocent person off the road, pointed a gun at their head, and accused them of election fraud. 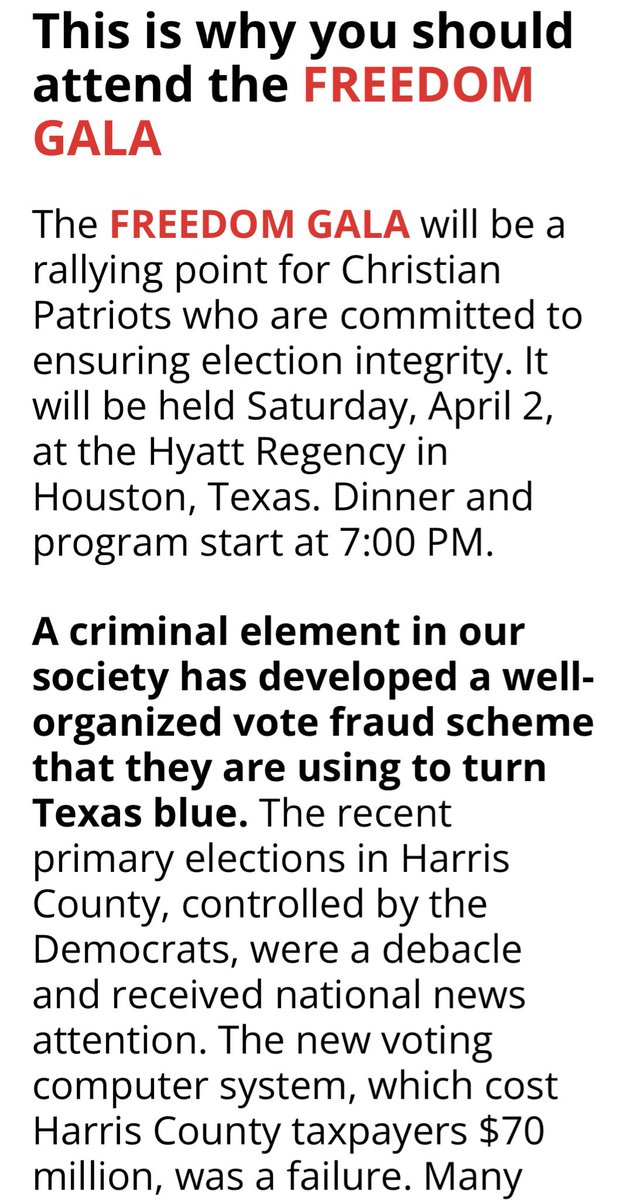 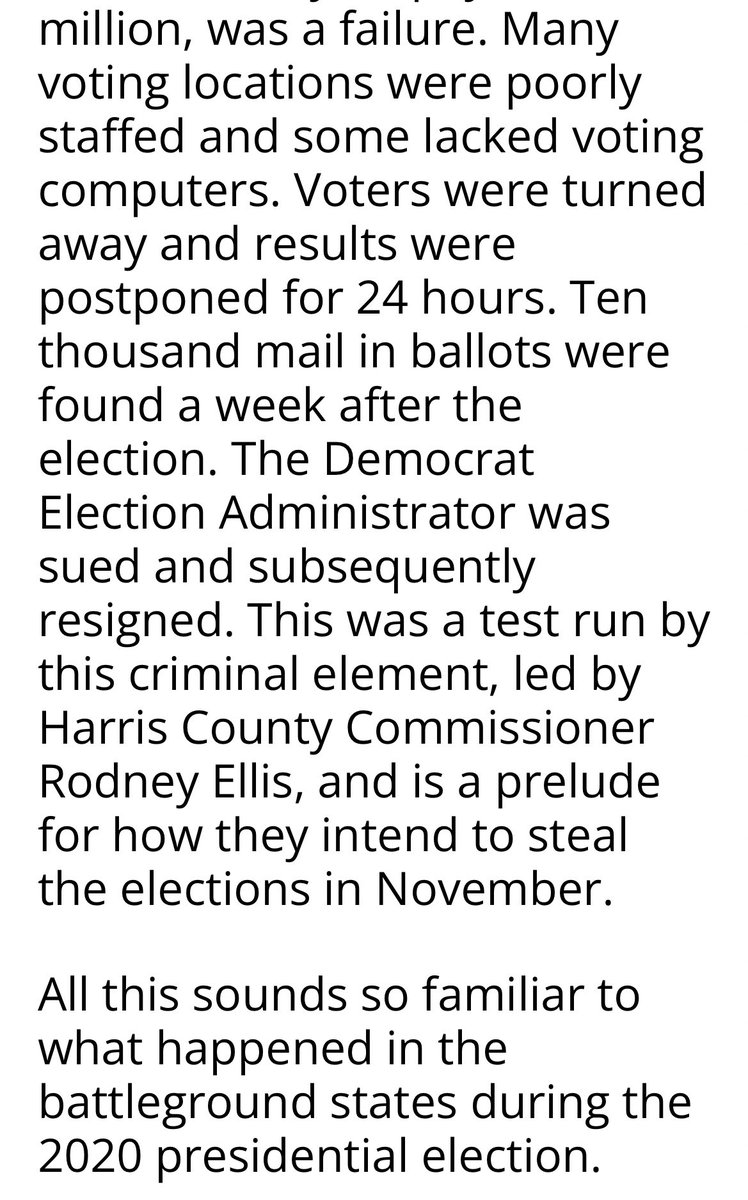 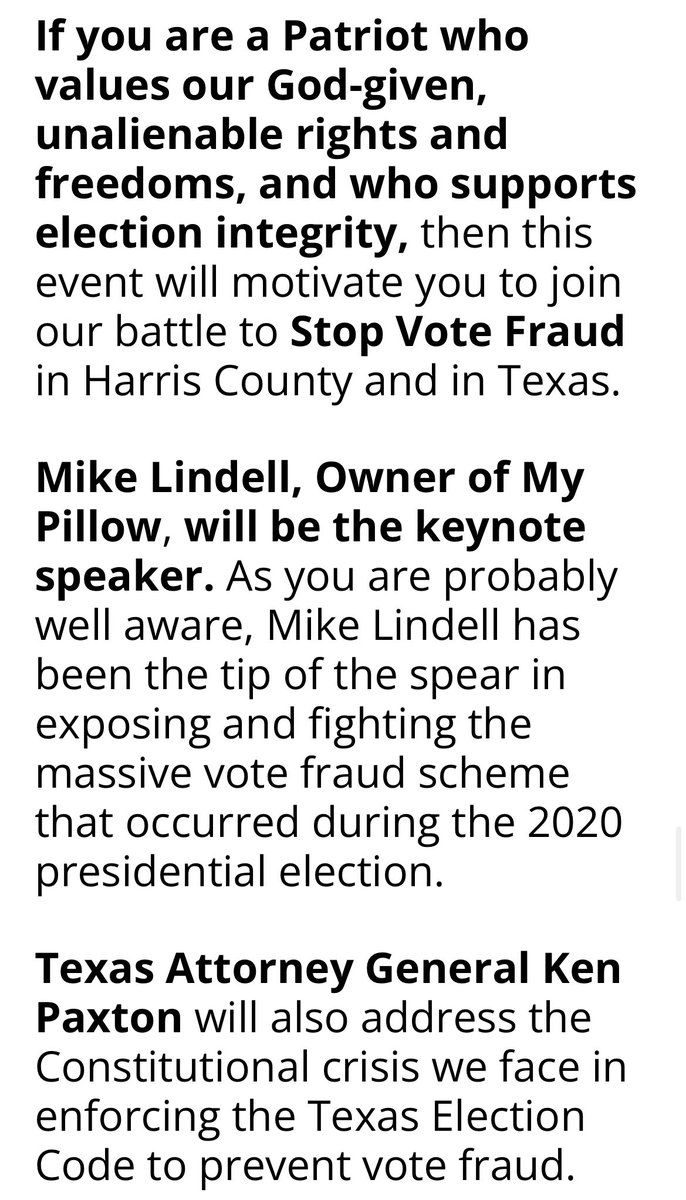 [tweet] [link]
For more on Steven Hotze, check out these two stories:

[tweet] [link]
Hotze is currently being sued by David Lopez, the man who was run off the road by the PI employed by Hotze’s Liberty Center for God and Country.

No, of course not. Look at what the proceeds will be used for. 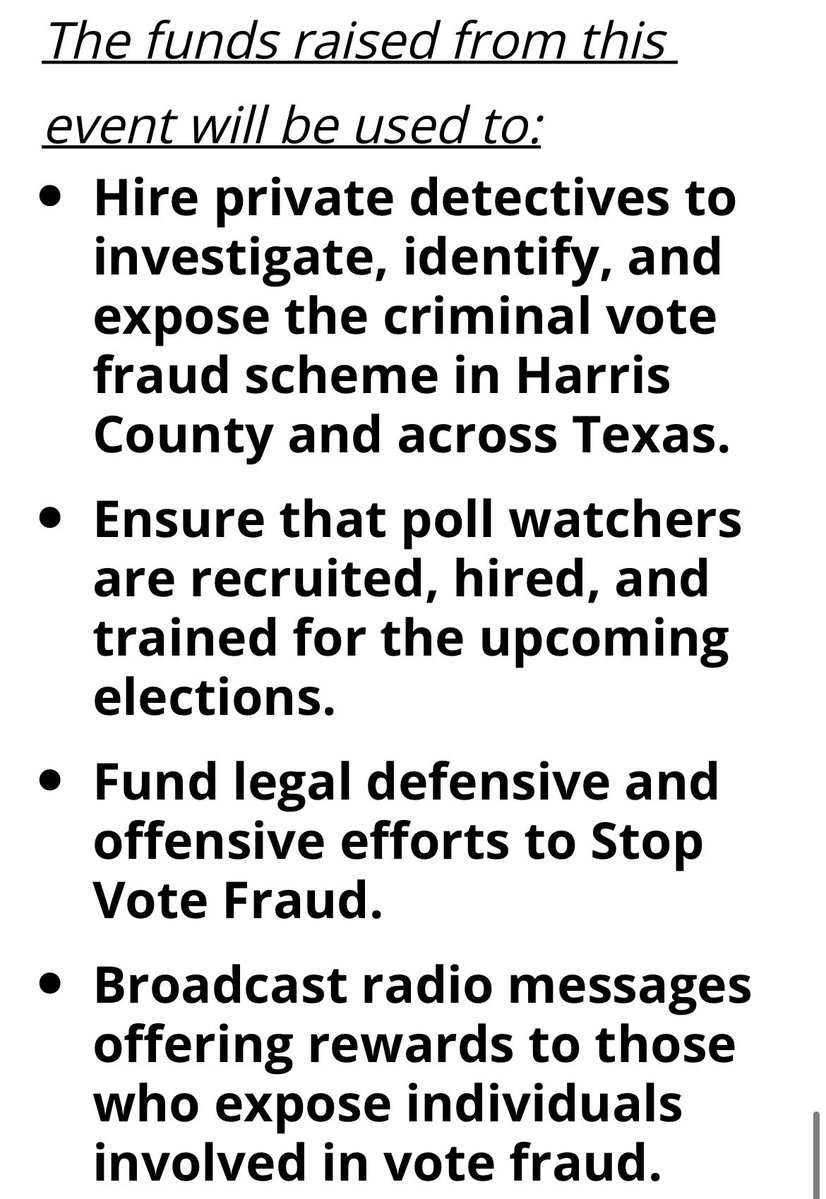 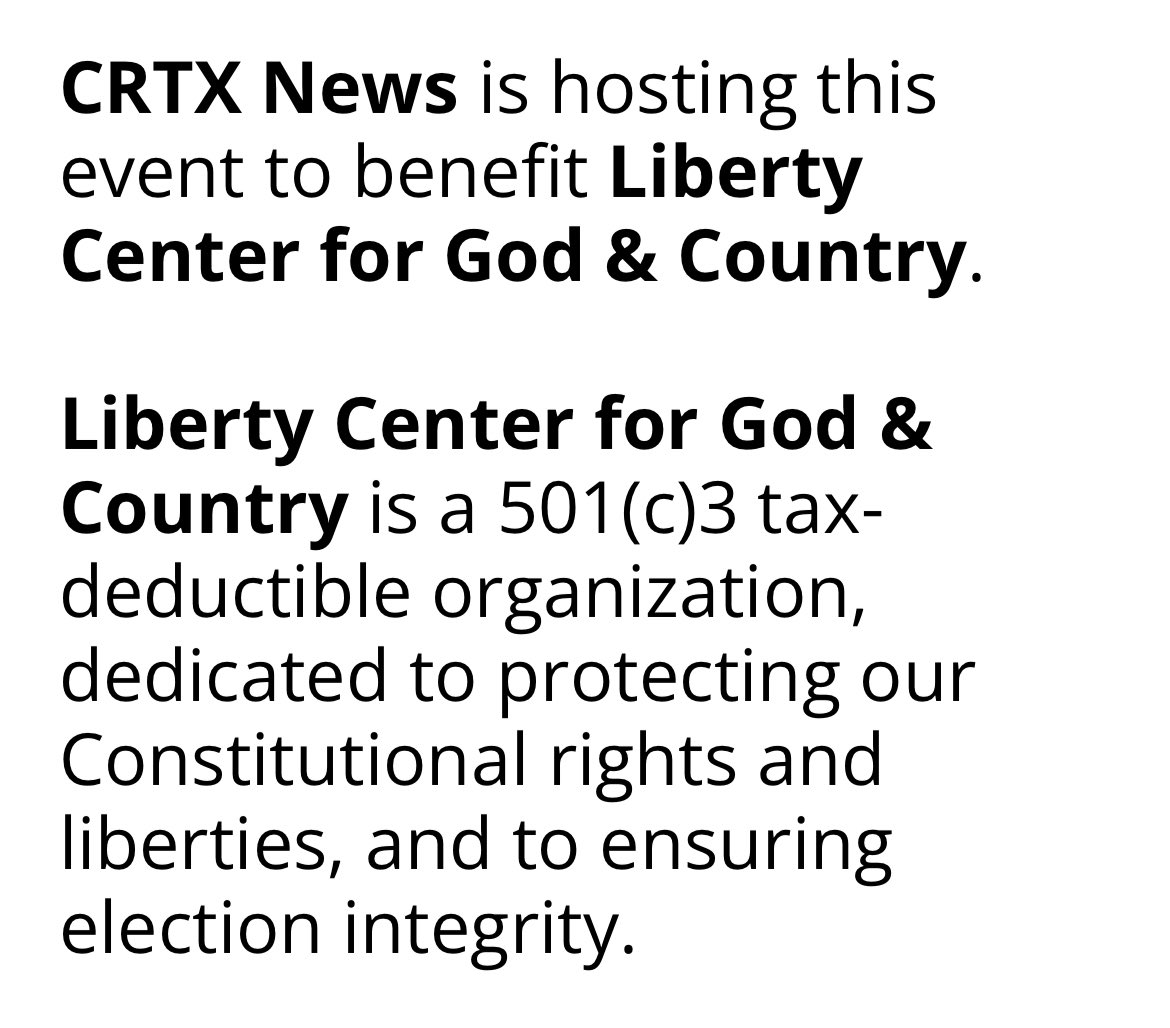 One of the speakers, Jarred Woodfill, is actually representing Hotze in the Lopez assault suit.

ASOG’s Russ Ramsland has crawled out of his shell and will also be making an appearance. 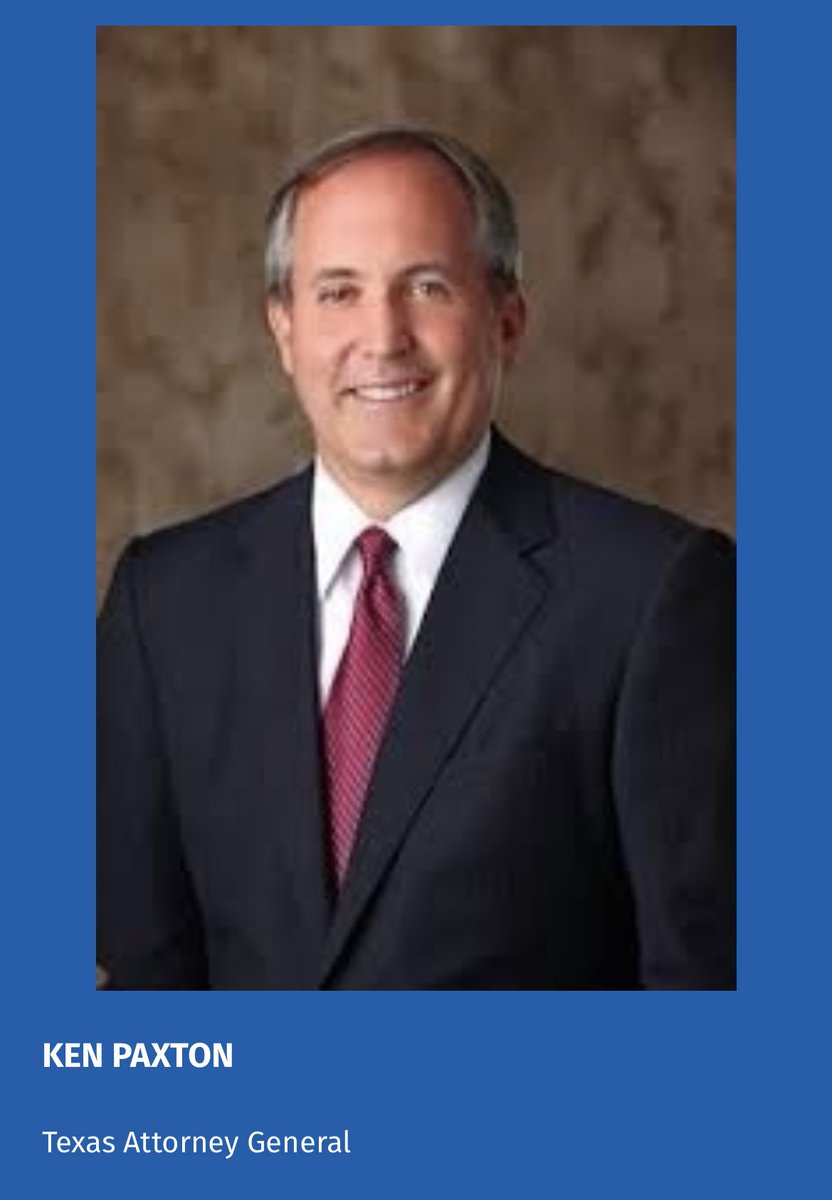 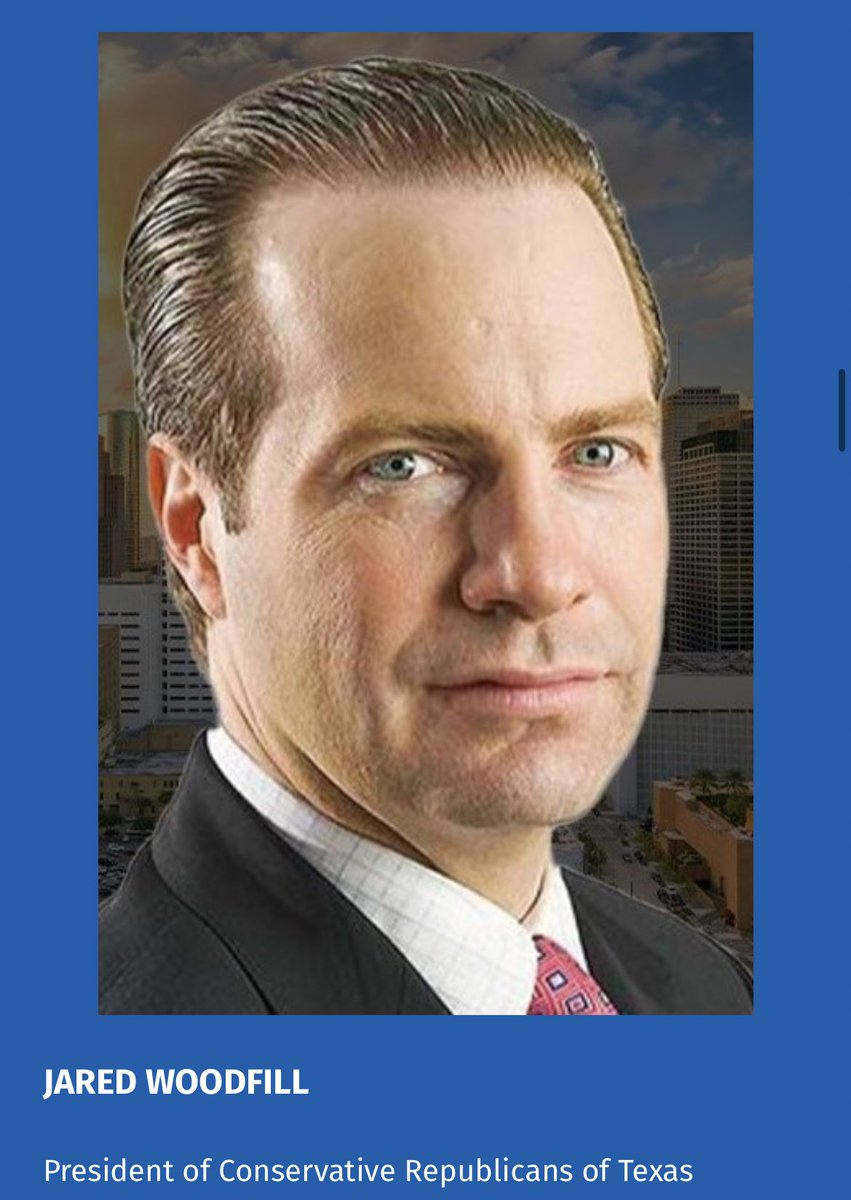 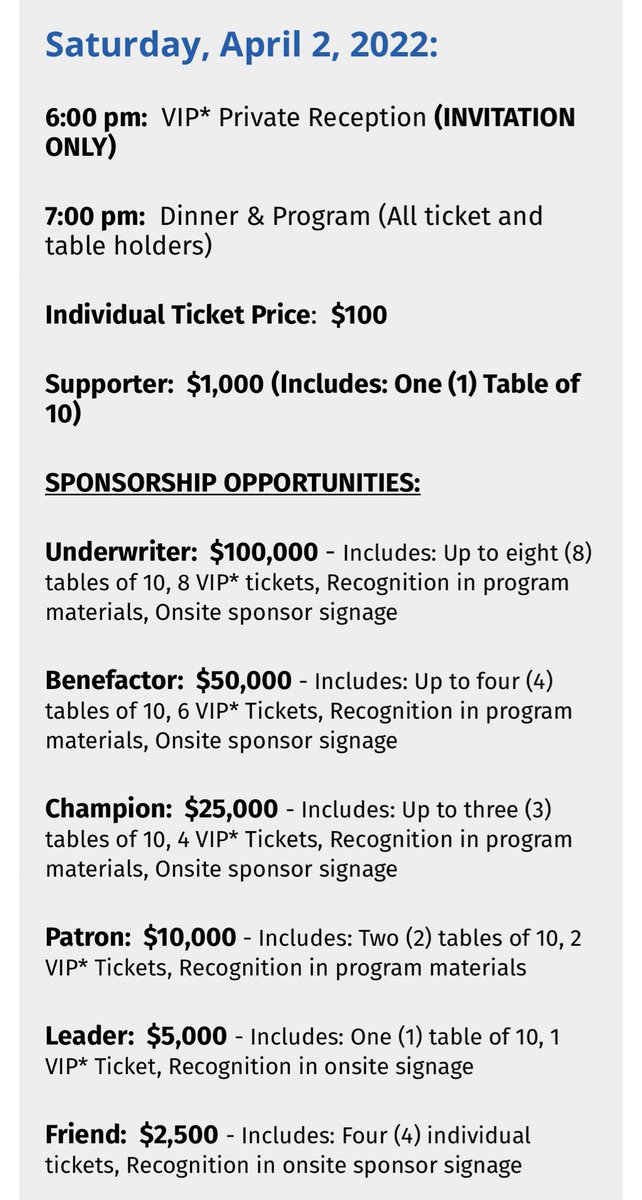 [tweet] [link]
The event is hosted by CRTX News, a conservative news outlet run by Steven Hotze and Jared Woodfil, in order to benefit Liberty Center for God and Country…which is also run by Hotze.

[tweet] [link]
The fact that this is benefiting Liberty Center is pretty surprising to me. I assumed they were pretty much done operating. They only updated their site once in 2021 and their Facebook only shared a handful of boomer memes through the first quarter of 2021

[tweet] [link]
What’s not surprising is that Ramsland is making an appearance. Liberty Center and ASOG both worked together to create an organization called “Every Legal Vote” after the 2020 election.

One common link is J. Keet Lewis, who’s held roles at all 3 entities.

[tweet] [link]
If Liberty Center is not only back, but raising money to hire a task force of election vigilantes, I consider that a Very Bad Thing™️

The fact that Paxton is speaking there implies he co-signing their operation.

[tweet] [link]
Hey @CREWcrew, you may be interested in this considering your past investigation into Paxton’s connections to Liberty Center